Which? is calling for the introduction of a new mandatory aviation ombudsman, saying proposed changes to the ‘broken’ airline complaints system fall far short of what is needed to restore consumer trust in travel.

The consumer champion has responded to the Civil Aviation Authority’s (CAA) consultation on potential changes to its current Alternative Dispute Resolution (ADR) policy, highlighting how it believes the current rules do not work for consumers and risk further damaging trust in the travel sector.

Which? says it has repeatedly heard from passengers who have been let down by the ‘convoluted’ dispute resolution process. It claims some have battled for over a year to receive compensation for their case, despite promises that cases would be resolved within 90 days. 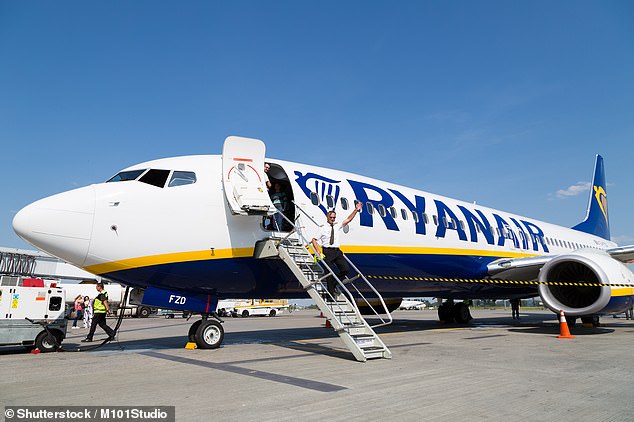 Which? claims that the current complaints system makes it ‘too easy’ for airlines to shirk their responsibilities to promptly refund or compensate consumers – even allowing them to quit dispute resolution schemes, as no-frills Ryanair did in 2018

It says others have had to rely on claims management firms, with one woman Which? spoke to saying she had to hand over nearly half of the compensation she was entitled to as payment to her solicitors.

The CAA’s proposed changes to the internal rules for ADR schemes include a new process for ‘complex and novel’ cases and a post-decision review process that could give airlines an opportunity to influence how future cases are handled.

Trust in the travel industry is worryingly low, with nearly a third (31 per cent) of consumers saying they do not trust airlines and travel operators

Which? says it is concerned the proposed changes will do little to address the ‘weaknesses of the existing system’ and ‘amount to little more than tinkering around the edges’.

It adds that the proposals also ‘appear to prioritise airlines’ perspectives over consumers’ and risk already weak consumer protections being further diluted’.

Which? claims that the current system makes it ‘too easy’ for airlines to shirk their responsibilities to promptly refund or compensate consumers – even allowing them to quit dispute resolution schemes without penalty, as no-frills airline Ryanair did in 2018.

The consumer champion says it also involves unreasonably long waits for passengers as they go through a ‘long and convoluted dispute process, which puts too many people off complaining at all’.

Instead, Which? says it is calling for the government to introduce a new aviation ombudsman scheme that all airlines operating in the UK must be made to join to improve the passenger complaints process, as part of its upcoming aviation recovery plan.

The review of the ‘broken’ complaints system comes as consumer trust in the sector continues to dwindle as a result of the coronavirus outbreak’s impact on the sector.

According to the latest figures from Which?’s Consumer Insight tracker, trust in the travel industry is still worryingly low, with nearly a third (31 per cent) of consumers saying they do not trust airlines and travel operators.

The majority of the largest airlines flying from the UK are currently signed up to one of two UK schemes, AviationADR or CEDR. 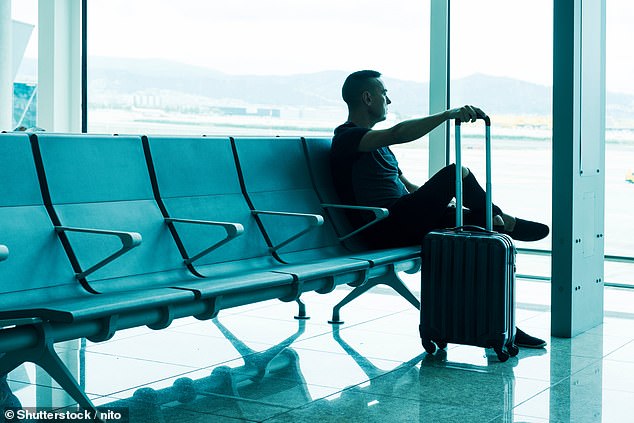 Which? is calling for the government to introduce a new aviation ombudsman scheme

After Ryanair was told to pay millions to passengers whose flights were cancelled by strikes in 2018, it quit the AviationADR scheme.

The consumer group explained that in the first 11 months of 2018, AviationADR received more than 14,000 Ryanair complaints, resulting in the airline being told to pay out more than £2.6million to passengers in compensation between October 2018 and the end of March 2019. Ryanair also had to pay at least £75 for each complaint AviationADR handled – suggesting a bill for more than £1million in fees alone during 2018, Which? says.

Ryanair paid out the compensation it owed through the AviationADR scheme, but subsequently passengers had to pursue claims against the carrier through the CAA – which cannot compel the airline to pay out even if it finds in a passenger’s favour.

Which? points out that in the four months after November 2018 – AviationADR ceased accepting new Ryanair passenger claims on Friday, November 30 – the number of passengers pursuing claims against the carrier plummeted to just 553.

It says this fall suggests a huge saving in fees and compensation for the airline.

Some passengers had claims being routed through the CAA rejected by Ryanair, so the regulator began enforcement action.

Which? says it is also concerned that allowing airlines a choice between resolution schemes could enable them to ‘game the system’ and ‘switch between schemes based on which one they think will deliver more favourable outcomes’, with concerns that ‘ADR schemes might prioritise attracting new business over delivering for consumers’.

The consumer watchdog claims passengers are also let down by the current system as many are either put off using ADR schemes because of the long and complex process of doing so or aren’t aware they may be able to use them to escalate their complaints.

It says that instead, many choose to take court action themselves or rely on a claims management firm to fight their claim on their behalf.

Thousands of court proceedings are issued against airlines by claims management firms every year, with passengers having to pay a significant fee to their solicitor out of any compensation they win.

Which? member Premini Mahendra used a claims management firm to fight her case against Tui after her flight was delayed by 13 hours. The case took 12 months and a bailiff was eventually required to collect the compensation. 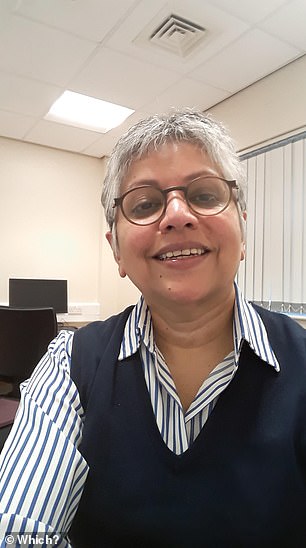 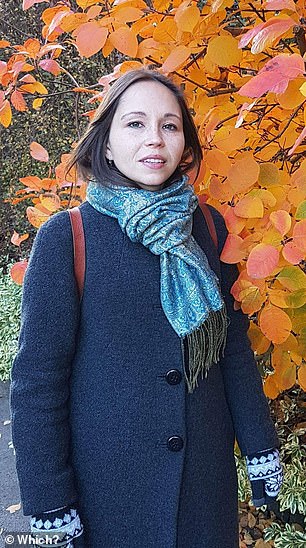 On the left is Which? member Premini Mahendra, who used a claims management firm to fight her case against Tui after her flight was delayed by 13 hours. The case took 12 months and a bailiff was eventually required to collect the compensation. On the right is Kasia Nieduzak, who had a 14-month battle for compensation for a cancelled Ryanair flight

Meanwhile, Kasia Nieduzak told Which? Travel she made a complaint to AviationADR after her Ryanair flight was cancelled in September 2017 – when the carrier was still a part of the scheme.

She received a ruling from the arbitrator in July 2018 and finally received her compensation in November 2018 – but only after a 14-month battle that involved around 170 phone calls and sending 45 emails.

Kasia said: ‘It took me over a year to get my compensation and I only received it because I was extremely persistent and didn’t give up. I am very certain that many people whose flights were cancelled between September and October 2017 did not get their rightful compensation.’

Which said: ‘If the government’s aviation recovery plan – due this autumn – is to deliver for passengers, it should be published without delay, and must include clear plans to introduce a single, statutory-backed aviation ombudsman scheme that all airlines operating in the UK must be members of, to help restore consumer trust in the travel sector, which has plummeted in recent months.

If the government’s aviation recovery plan – due this autumn – is to deliver for passengers, it should be published without delay, and must include clear plans to introduce a single, statutory-backed aviation ombudsman scheme that all airlines operating in the UK must be members of

‘In the interim, the CAA must ensure it makes the existing ADR schemes work better for passengers. The regulator should step up scrutiny of existing ADR bodies, and ensure greater transparency for the complaints handling process. It must also improve its requirements for data reporting and encourage airlines to act on their complaints data.’

Rory Boland, editor of Which? Travel, added: ‘Throughout the coronavirus crisis, passengers have seen their consumer rights ripped up by some airlines that have consistently flouted the law – but they have found there is nowhere to turn for support.

‘This situation has only served to highlight that the current complaints system is broken, and tinkering around the edges will not be enough to reform it and make it work for passengers.

‘The government must ensure that passengers’ needs are front and centre in its aviation recovery plan, starting with the introduction of a mandatory, single ombudsman scheme for airlines, as a first step to restoring trust in the sector.’

A spokesperson for Ryanair said: ‘There are no AviationADR claims outstanding and Ryanair meets all of its obligations relating to EU261. In the small number of cases where claims are rejected we refer passengers to the CAA’s Passenger Advice Complaints Team (PACT) or the European Commission’s Online Dispute Resolution service.’

‘We have received Which?’s response to our consultation and we will review its proposals for how improvements can be made to the existing arrangements for the benefit of consumers.’

Tui said: ‘We’re sorry to hear of the delays Ms Mahendra faced back in 2017.

‘We can confirm that currently, all airline compensation claims are responded to within 14 days, and compensation is received within 28 days of us issuing it. We work hard to respond to customers as quickly and efficiently as possible.’