By Laura Fox For Mailonline

Strictly Come Dancing have cancelled its annual Blackpool special due to the COVID-19 pandemic.

A BBC spokesperson told MailOnline that the series will not ‘physically’ travel to the famous Tower Ballroom this November, but promised to celebrate the ‘iconic’ venue from their studio in Elstree, north London.

Strictly has introduced numerous measures and changes to ensure the safety of contestants and crew during the COVID-19 crisis, and has delayed its launch until late October. 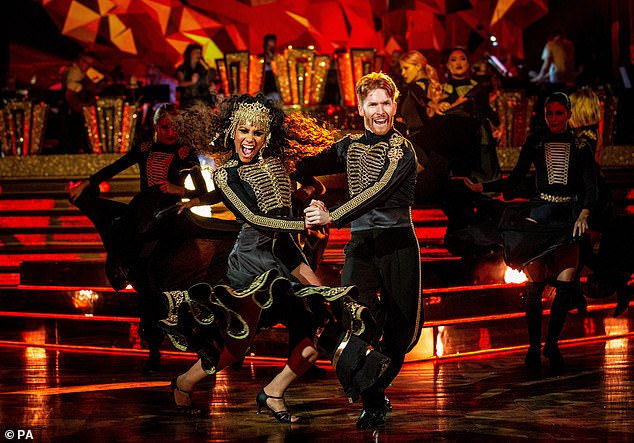 Sad news: Strictly Come Dancing have cancelled its annual Blackpool special due to the COVID-19 pandemic (Alex Scott and Neil Jones from 2019 pictured)_

In a statement the BBC spokesperson said; ‘Blackpool is a milestone moment in every series of Strictly that our audience, our celebs and professional dancers look forward to.

‘Whilst we’ll be unable to physically go to Blackpool this series, we’ll still be celebrating this iconic venue and bringing it to life from our studio in Elstree.’

Strictly usually travels to Blackpool for one weekend towards the middle of the series in November, with the remaining celebrity couples getting the chance to perform in the legendary Tower Ballroom. Tragedy: A BBC spokesperson told MailOnline that they promised to celebrate the ‘iconic’ venue from their studio in Elstree, north London (Tess Daly and Claudia Winkleman pictured)

It comes following reports that this year’s stars could undergo daily checks for COVID-19 during filming after a crew member tested positive.

Earlier this week, the hit BBC One dance show was said to be in a crisis following the news with ‘everyone told to leave’ and the set given a ‘deep clean.’

A source told The Sun: ‘Nothing is being left to chance after this positive test. A lot of money has been spent on ensuring everyone on the show has access to testing.

‘If required, those taking part could even undergo daily checks to make sure they remain virus free.

‘The key thing for producers is knowing that if a case emerges that they can react to it to make sure it doesn’t become a massive crisis.’ 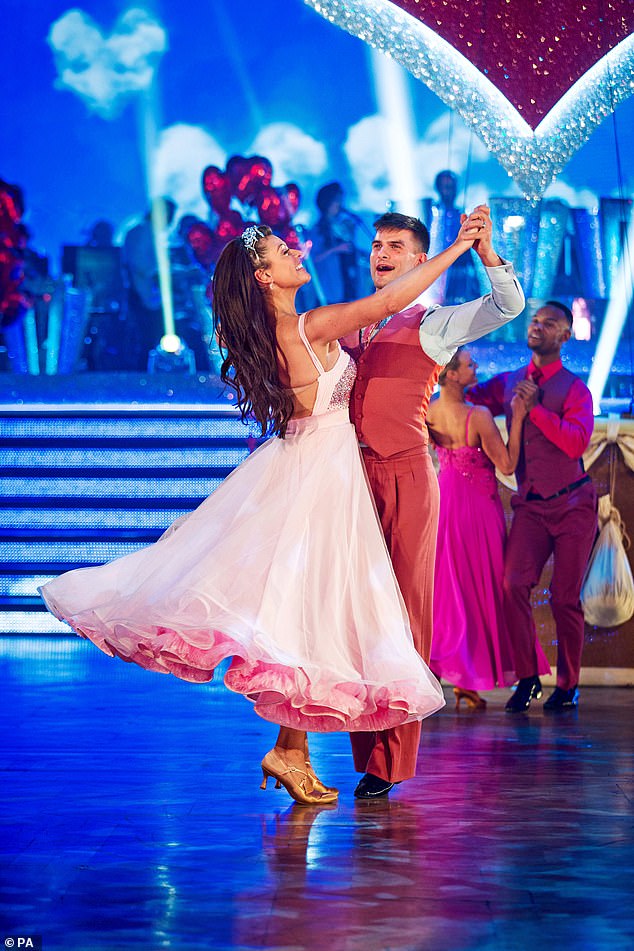 Long-awaited: Strictly usually travels to Blackpool for one weekend towards the middle of the series in November, with the remaining couples performing in the Tower Ballroom

The source added that the ‘nightmare scenario’ is a case going ‘undetected’ and ‘spreading’ throughout both cast and crew.

The Sun has also claimed that bosses have a list of ‘stand-by’ celebrities for the show in case a star falls ill with relatives likely banned from rehearsals and no live studio audience allowed.

MailOnline contacted representatives for Strictly Come Dancing for comment at the time.

Filming for the new series is reportedly scheduled to begin this week, with the professional dancers’ group routines to be pre-recorded after they completed two weeks in isolation.

However a source also told MailOnline: ‘The crew member is no longer on the production and has had a negative NHS test result.

‘Procedures were followed and stringent protocols have been put in place just in case, but recording isn’t due to happen until later this week so there is minimal impact.’

Home Secretary Jacqui Smith, 57, and YouTube star HRVY were confirmed as the final contestants for this year’s Strictly last week.

Caroline says: ‘I hope my knees don’t let me down and I hope the foundation garments live up to expectations when I start leaping about!’

Fun fact: She met her now-husband, Sam Farmer in 1998 on the set of Men Behaving Badly when he was one of the studio runners.

Fun Fact: Max’s fellow The Wanted bandmate Jay McGuiness was on Strictlby Come Dancing in 2015 – and won it!

Clara says: ‘As we know this year has been a real challenge and escapism through dancing is something I know we all enjoy’

Fun fact:  Clara has some experience of celeb gameshows, having taken part on Celebrity Masterchef in 2018

Clara says: ‘I’m not Lord of the Dance, more a sort of caretaker of the dance’

Fun fact:  Bill is a classically trained musician and multi-instrumentalist

Maisie says: ‘Get me in those sequins, I can’t wait to dive into the Strictly fancy dress box this winter!’

HRVY says: ‘Being on Strictly is going to be such an amazing experience and I’m so thankful to be taking part this year.’

Fun fact:  HRVY follows in the footsteps of former internet star contestants Joe Sugg and Saffron Barker – the latter of whom is close friends with him

Jason says: ‘I am thrilled. I’m a huge fan of the show, I’ve been watching it since I came to this country, so it’s time for me to do something cool to impress my daughter, now that she can watch me perform!’

Fun Fact: Jason is the father of Girls Aloud star Nadine Coyle’s daughter. The couple were together for 11 years, only splitting recently in 2019

Ranvir says:  ‘It feels like I’m on a rollercoaster… Hopefully after the first dance I will feel exhilarated rather than sick!’

Nicola says: ‘I’m a huge fan of the show and am thrilled to be part of something that holds such a special place in so many people’s hearts’

Fun fact:  Nicola will form the show’s first ever same-sex pairing as she is parterned with a female professional.

Age: 55 Profession: Comedian and TV personality Clara says: ‘I’m not Lord of the Dance, more a sort of caretaker of the dance’ Fun fact: Bill is a classically trained musician and multi-instrumentalist

JJ says: ‘Strictly is a whole different ball game in respect to the challenges I will face but I’m up for an adventure’

Fun fact:  JJ is close friends with Prince Harry after they worked together on the Invictus Games

Profession: Made In Chelsea star

Jamie says: ‘I’m over the moon I actually get to come back and dance again. It’s going to be unbelievably amazing!’

Fun fact:  Jamie was forced to pull out of the 2019 series of Strictly after a foot injury

Jacqui says: ‘I was speechless with excitement at being asked to join Strictly – and that’s very rare for me…!’

'Enemies of peace behind renewed attacks in Southern Kaduna'