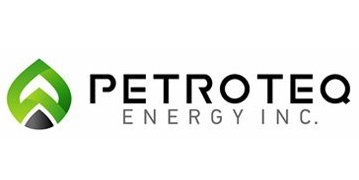 Green tech company Petroteq has had quite the successful week with share values up 40%. Something even more fascinating is the fact that they have now appeared to have received a mystery buyout offer. On May 19, 2021, they received emails from several European shareholders advising the company that their brokers had informed them that they had received what appeared to be an offer to purchase shares of the company.

In addition to being advised of this offer, the company was directed to Bundesanzeiger, an official publication of the Department of Justice and Consumer Protection, of the Federal Republic of Germany (the article’s link: https://www.bundesanzeiger.de/pub/en/search-result?17).

The notice indicates, among other things, that the offer is not aimed at shareholders in any jurisdiction in which the offer would violate applicable law. After reviewing all available information, the company’s management notified its board of directors, which directed management to contact the Uppgard Konsult AB, Sweden, the party identified in Bundesanzeiger, to request additional information about the proposed offer. Upon doing so, Uppgard Konsult AB provided limited responses to the company’s questions and confirmed that they are acting on behalf of an unidentified third party.

Foods and Nutrition
23 mins ago

Law Firms Industry in Canada is Growing Seamlessly at a Yearly Rate of 2.1%

Stay-At-Home Moms Should Be Paid $178,000 A Year To Care For Their Kids, New Report Suggests

Chef Raphael Duntoye is back to GTBank Food and Drink Fair

Award winning Chef, Edd Kimber will be at 2018 #GTBankFoodDrink Fair

What you should eat when you are in your 30’s

Governor Ikpeazu Reveals He Lives In 3 Bedroom Apartment, Explains Why
42 mins ago