Jacob Rees-Mogg is self-isolating after one of his six children started showing coronavirus symptoms.

The Leader of the House of Commons is remaining at home while waiting for the results of a Covid-19 test.

His eldest five children had their first day back at £18,000-a-year school Hill House in London last week.

Tests usually take up to 72 hours to come back but can take longer due to laboratory or processing delays.

Rees-Mogg took to Twitter to explain his absence, writing: ‘Many thanks to Stuart Andrew for standing in for me at Business Questions. 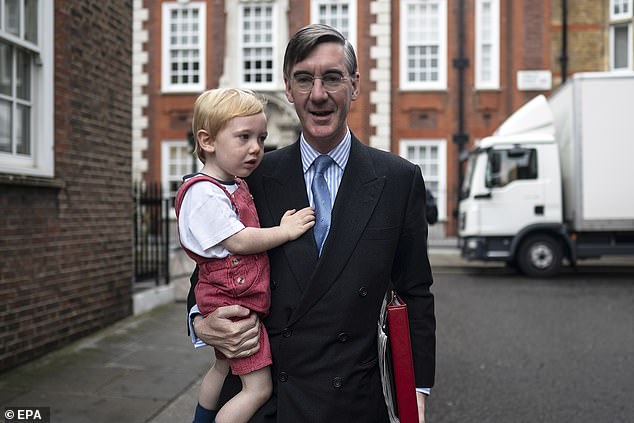 Rees-Mogg pictured with his youngest child Sixtus. He is remaining at home while his big brothers and sister go to school

‘One of my children was tested for COVID-19 last weekend after displaying symptoms.

‘In accordance with government guidance, the household has been in self-isolation while we await the test result.’

Mr Andrew told the Commons: ‘A member of the Leader of the House’s household is awaiting a Covid test result after having been symptomatic.

‘The leader is therefore self-isolating along with his family.’

Rees-Mogg – previously dubbed ‘minister for the last century’ – shared a family photograph of his five eldest children in uniform on the morning of their first day back at school last week. 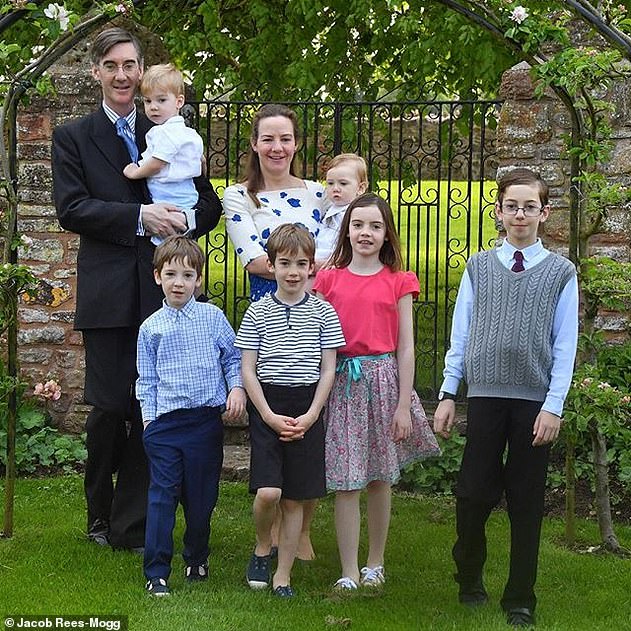 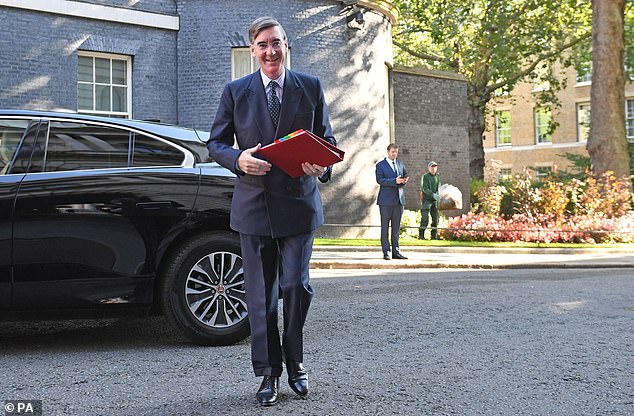 Leader of the House of Commons, Jacob Rees-Mogg, arrives at Downing Street on September 1

The four oldest siblings were returning to the school, but it was the first day for Alfred. The youngest brother, Sixtus, three, remains at the family home for now.

The children are looked after by nanny Veronica Crook – who also looked after their father after joining the family before Rees-Mogg was born in 1965.

Rees-Mogg talks openly about how Miss Crook – who once famously campaigned with Mr Rees-Mogg in his mother’s Mercedes – made him the man that he is today.

The beloved nanny ‘is still on duty’, looking after young Sixtus.

Speaking after Sixtus’s birth in 2017, Rees-Mogg said: ‘Nanny is still looking after the children, which is absolutely wonderful as I hear her telling them things she used to tell me. 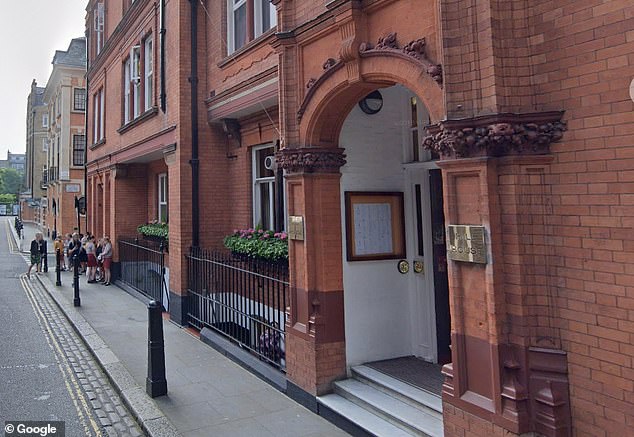 A nanny never reveals her age, Mr Rees-Mogg added, but he guessed that Miss Crook is ‘in her seventies’. She does not have a family of her own, he said, but ‘we are her family.’

Mr Rees-Mogg said his children are as ‘informed’ about politics as he was as a child and regularly join him on the doorstep.

He also holds quizzes for his children around the Sunday lunch table after church, as his father William Rees-Mogg used to do.

Speaking to Event Magazine in 2019, he said: ‘One of the quizzes we have is that we do the catechism, because the three eldest are all taking their First Communion soon.

‘Sunday lunch, if we haven’t got guests – I don’t inflict it on guests – we go through the Penny Catechism, and the children know the answers.’