Former prime minister Paul Keating says the ballooning cost of aged care should be met by a HECS-style funding model, where every Australian is extended a loan to pay for their care and the costs are recovered from each individual’s estate.

The model would reduce the fiscal burden on a generation that will already be carrying the costs of the coronavirus pandemic and allow easier access to home support packages, which currently have long waiting lists. Each person’s assets would help to maintain them in later life and it would be more difficult for family members to call on those assets.

“We’re not forcing anyone out of their home, we’re not obliging aged persons to negatively mortgage their home, you’re not asking families to chip in and pay for their relatives in their accommodation or their care, and so I think such a system has a lot of advantages,” Mr Keating said. 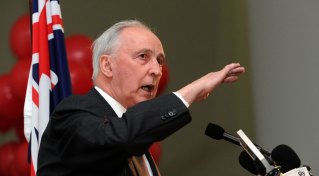 The scheme, which Mr Keating put to the Royal Commission into Aged Care Quality and Assurance on Monday morning, departs from his previous advocacy for a national insurance model funded by an employer directed levy, similar to the superannuation scheme that he designed as treasurer.

He now believed it would be politically difficult to impose a new levy, given that there was already resistance to an extra half a percentage point going to the superannuation levy.

When superannuation was first conceived in the late 1980s, there were 6.5 people between the ages of 15 and 65 supporting every one person above 65. There are now 3.7 people supporting every person over the age of 65 and the figure is predicted to fall to three by 2040. 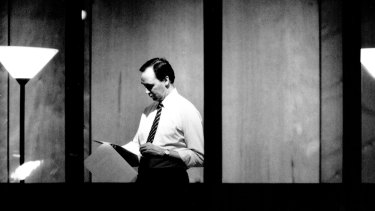 “As you know, a lot of young people now who actually become that cohort, the tax paying cohort, many of them have low incomes, they’re renters, they start life with a HECS debt if they’ve been to university and of course they pay the GST 10 per cent cold, regardless of income,” Mr Keating said.

“So to this cohort we are inviting them to carry the great body of retired aged people and of course now with the debts of the COVID budgetary interventions.”

He brushed away the suggestion that it might be viewed as a “death tax”.

“If there’s not assets there then the Commonwealth pays, but it’s a very nice way of working out what the Commonwealth should really pay vis-a-vis the residual assets of an aged person in superannuation or bricks and mortar assets etc.”

He conceded that the issue of people trying to divest their assets before they got into the system would need to be addressed in policy.

The Royal Commission is examining the funding, financing and prudential regulation of the sector.

Counsel assisting Peter Gray QC said in his opening remarks there were some “surprising features” in the existing arrangements, including that home-care packages were not required to report what goods and services they were providing with government subsidies, which amount to $2.5 billion per year.

Meanwhile, residential care providers, which receive about $7.5 billion in care subsidies, do not adequately report how that money is used and what profit or loss is made. They are not required to disclose what proportion is spent on management fees or rent or to maintain a particular level of staffing.

Get our Coronavirus Update newsletter for the day’s crucial developments and the numbers you need to know. Sign up to The Sydney Morning Herald’s newsletter here and The Age’s here.

Most Viewed in National

The Bachelor EXCLUSIVE: Diva demands forced producers to tighten the reins on cast

Why has Australia and China’s relationship turned sour?

The personal is political: A journey through Palestinian exile | Middle East News