German Chancellor Angela Merkel and state leaders are expected Tuesday (5 January) to extend a shutdown in Europe’s top economy as coronavirus deaths continue to mount despite tough restrictions in the run-up to the holidays.

After Germany’s daily deaths surpassed the 1,000-mark for the first time on 30 December, pressure escalated to slow the spread of the disease which has claimed more than 34,000 lives.

Merkel and the premiers of Germany’s 16 states are due to meet Tuesday, with regional leaders signalling that they would prolong the current partial lockdown beyond the 10 January deadline, probably until the end of the month.

“Given that infection rates are still too high it will be necessary to extend the restrictions,” Health Minister Jens Spahn said Monday.

Michael Kretschmer, premier of Saxony, the state with the highest infection rates in the country, said a continued shutdown was “unavoidable”.

The current rules have seen most shops closed along with schools, restaurants, cultural and leisure facilities, and celebrations over Christmas and the New Year holidays were limited to small gatherings.

Officials say the impact of holiday travel and socialising on the virus’s spread will not be known until mid-January but that the figures to date are already deeply worrying.

Government spokesman Steffen Seibert said Monday that with some 5,700 corona patients in intensive care around the country, “hospitals in many places are working close to capacity”.

Spahn said that given such figures, a return to “face-to-face” learning for children was “highly implausible” and called for national guidelines on when and how schools could reopen.

In a New Year’s Eve televised address, Merkel had already warned Germans of a hard winter with the virus, stressing “the challenges that the pandemic poses remain immense”. 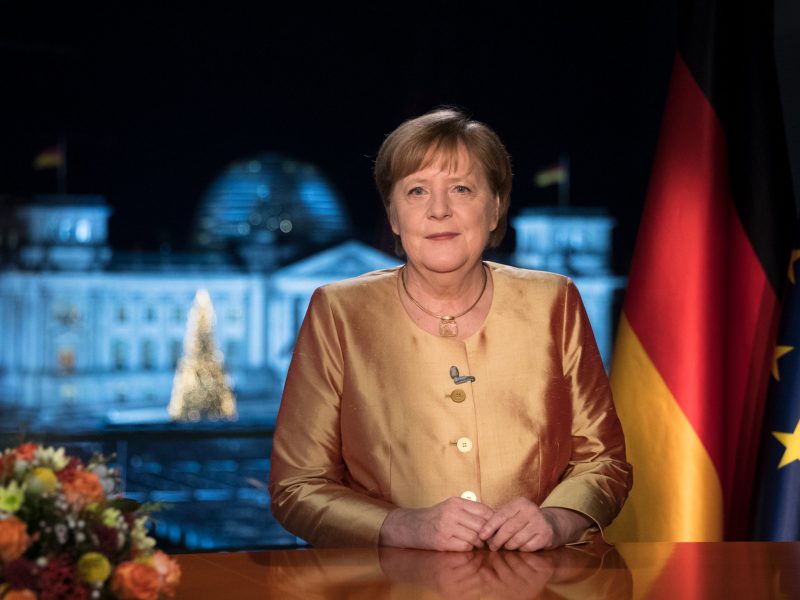 Germany, the EU’s most populous country, fared better than most of its neighbours during the first wave of the pandemic and its death toll is still lower than countries such as Italy, France or Spain.

But epidemiologists say complacency about that relative success and an unwillingness to implement the toughest measures such as widespread curfews likely contributed to an exponential spread of the virus in the autumn.

Since October, the meetings between Merkel and regional leaders to set policy on the coronavirus have been marked by open conflict, with the chancellor pushing for a tougher line against resistance from several states.

Although Merkel’s popularity remains high and a large majority of Germans say they are broadly satisfied with her handling of the pandemic, analysts say those differences also undermined faith in the shutdown.

The country began its vaccination drive on 26 December and more than 264,000 people have received the first of two jabs.

But German media have criticised what they call a slow rollout, accusing the government of relying too much on joint action with the European Union rather than going it alone.

Top-selling daily Bild took Merkel to task Monday, saying “the chancellor forgot that the EU’s administration is not efficient enough to assume responsibility for countless lives in Germany and Europe”.

A poll from Civey institute found that 44% of Germans were unconvinced by the government inoculation strategy, while around 40% said they were “highly confident” it was the right approach.

Seibert, Merkel’s spokesman, insisted the European way was in the German interest, adding that the latest inoculation numbers “give us great hope”.

A health ministry spokesman said Germany was to receive a combined total of up to 140 million doses of the BioNTech-Pfizer and Moderna vaccines.

“But it was clear from the beginning that supplies would be limited at the start,” he told reporters, blaming a lack of production capacity for the bottleneck.

The government is also examining whether to extend the duration between the two vaccine doses necessary, to allow more people to get their first jab, according to a document from the health ministry seen by AFP.

The City Where Cars Are Not Welcome
47 mins ago

The City Where Cars Are Not Welcome

My desire is to create axis of prosperity – Soludo